Scott Kingsley Clark fell in love with the web as a child and has never looked back. Meet the lead developer of the Pods Framework.

How did you fall in love with the web?

That’s a tough one! I started using the web when I was just a kid — the first site I went to was for Lego, on my dad’s OS/2 Warp Web Explorer browser. I remember waiting forever for the site graphics to load, but I was still so excited.

How did you get into working with WordPress?

I’d seen WordPress around and originally fell into the “that’s just for blogging” crowd. At the time, I had my own CMS I was developing and had just started a new job. The developers before me had modified their core WordPress files to hack some features together for client projects. I tasked myself with cleaning out the hacks and taking them into the plugin realm. It was primarily dealing with something I still make a priority today: Admin UI for content types. Now I work with a very creative team at RD2 and I feel so privileged to finally be working with WordPress day (at work) and night (for fun).

You’re the lead developer of the Pods Framework. Tell us about Pods.

Pods is a plugin that aims to unify content types and custom fields management across all of the WordPress object types. It offers features and functionality for developers and users alike to build sites that grow based on their needs. We have a number of unique features that set Pods apart from other newer solutions out there, but we’ve been around since October 2008 so we’ve spent our time perfecting and re-imagining how you approach content types.

What are the unique features that set Pods apart from some of the newer solutions out there?

That’s actually a very relevant question based on what I’ve been working on recently! I’ve teamed up with Matt Gibbs and a few other plugin developers out there to compile a master list of active content type / custom field plugins and projects out there. There’s a lot, and the list has only been growing since WP 3.0 hit the scene, so we really felt it was time to grit our teeth and get the list together. I’ve seen a lot of articles out there which try to compare the plugins, but there’s nothing that’s done anything toward the level of effort that we’ve managed to do together as a community. It’s open to further additions / improvements, so anyone who wants to chip in can just let us know.

You can check out the full comparison.

You’re a plugin developer. What are the three most important aspects of designing and building solid plugins?

Coincidentally, the most important is also the hardest one to get right, and that’s documentation. Then there’s infrastructure, making sure you remember to abstract things for reuse later. And finally, using actions and filters within your plugin so other developers can integrate well and help build your userbase.

Name your three favorite plugins. Why do you love them?

Well, Pods is my favorite of course 😉 but three other plugins would be:

How do you keep your skills up to date in the whirlwind that is the web?

I think it’s the same for many developers I know, reading up from major online publications, networking with other developers, and keeping an open mind to doing things differently.

What online publications do you read most frequently to keep up to date?

I frequent my RSS feeds often, I rarely go to a website for news these days. I follow most of the major Google product blogs, all of the ‘Make WordPress’ P2 blogs, WordPress Planet, A List Apart, and follow an extensive list of Twitter searches to help me be more proactive about supporting users having questions or issues with Pods.

Here are a couple of favorite projects by Scott and his team at RD2. First, Ford Canada’s Blog, which was done in two languages and is fully responsive. Read more about the redesign. There’s also a nifty Easter egg. See it for yourself: up up down down left right left right b a. 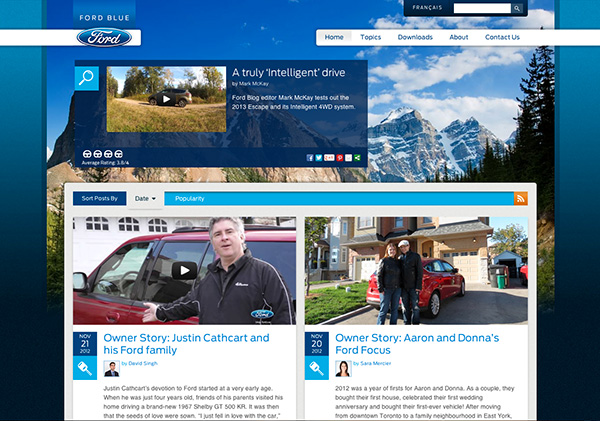 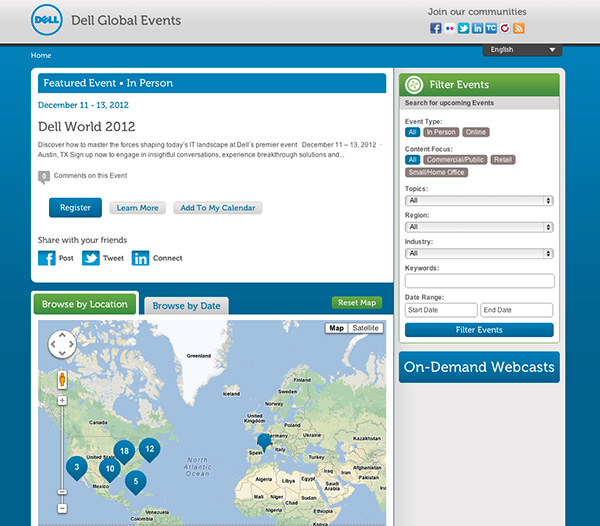 Submit your own resource